The last four weeks I have (very) slowly worked on a veneer project for an old radio. It was built in 1931 or 1932. One of our Morristown neighbors brought the radio into the shop on a Thursday night and asked if I could laser cut the veneer panels he needed.

He knew this was something we had the ability to do because, about 2 years ago, he wandered into the shop looking for the former tenants who did cabinet work. He was wanting them to help him cut the veneer for a different radio. I thought the laser might be the answer to his needs. We only had the laser going about 2 months at that time and I was eager to put it to work on a real project.

I took some pictures of the section that needed the new veneer. Then I traced around the holes using Inkscape. The ruler in the picture was to help give a scale of how big everything should be relative to each other. 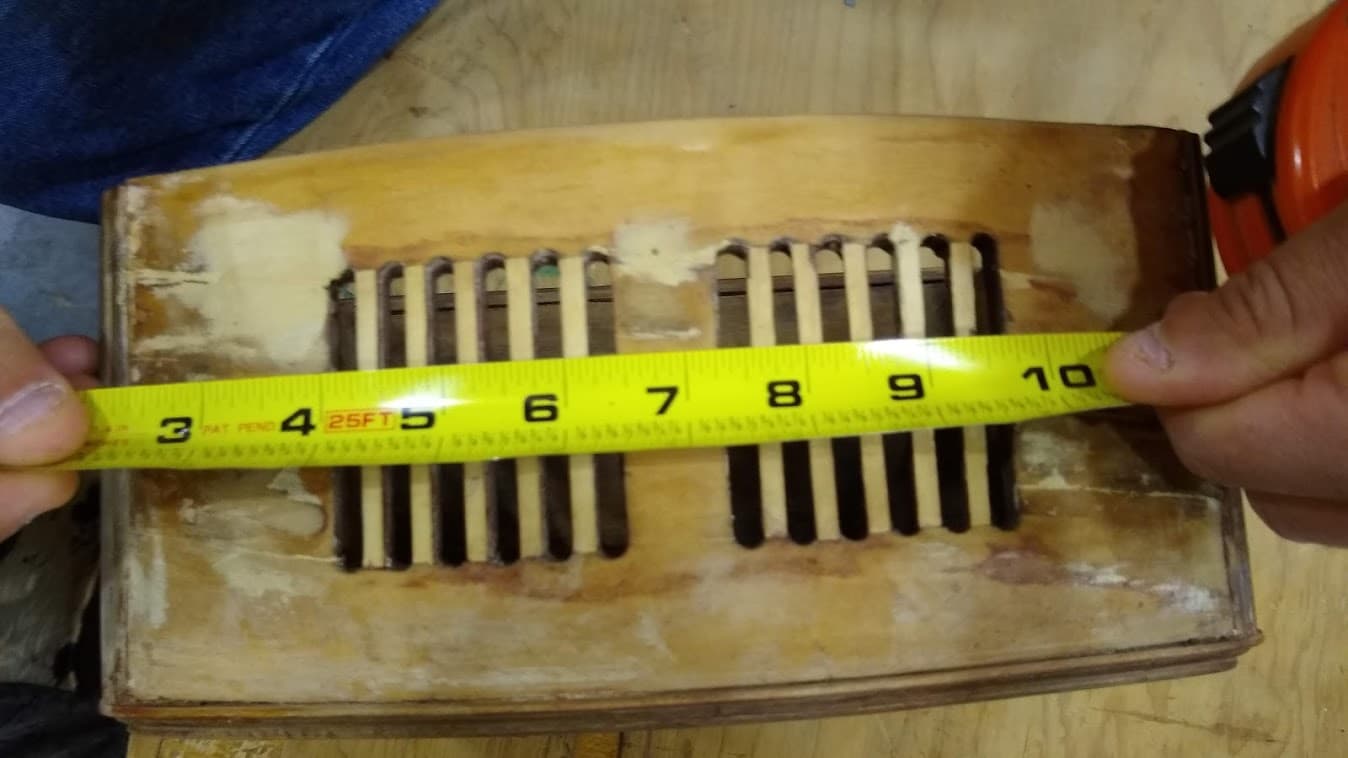 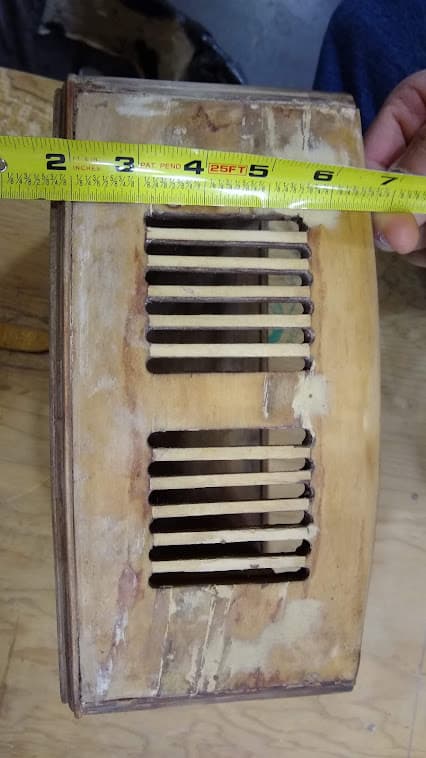 It wasn’t as simple as I had hoped it would be. Because the camera can’t look straight on at every spot in the picture there is a bit of distortion on the slots I was needing to lay out.

But, it was also simple enough to shift the slots and resize them using Inkscape. To keep from making an error while cutting the veneer, I cut several trial runs with cardstock paper. 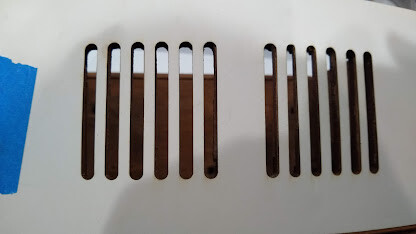 I eventually got it to look right. I’m glad I used the paper as a trial since I had to do several attempts to get it right.

The radio he brought recently was a second chance to figure out a better way to do this type of project.

Again I tried to take pictures of the radio straight on, but I got too much parallax error because it was such a big radio. 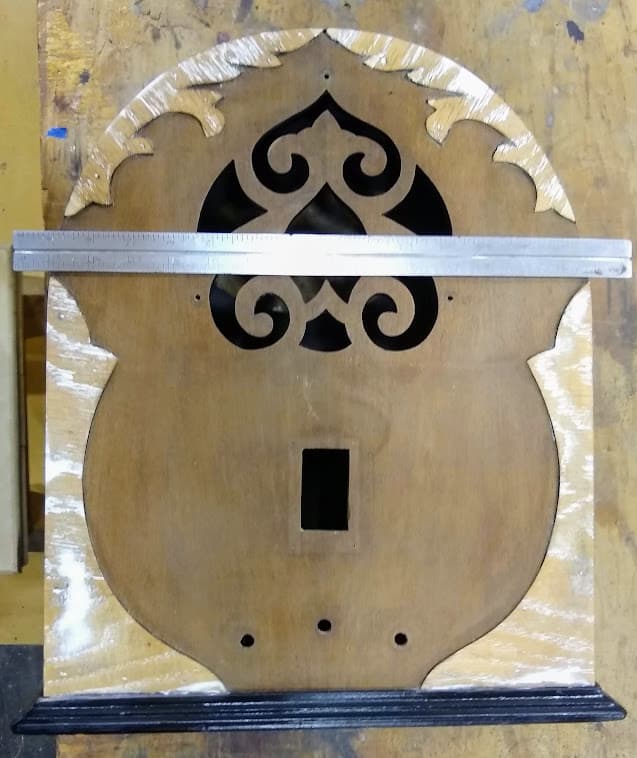 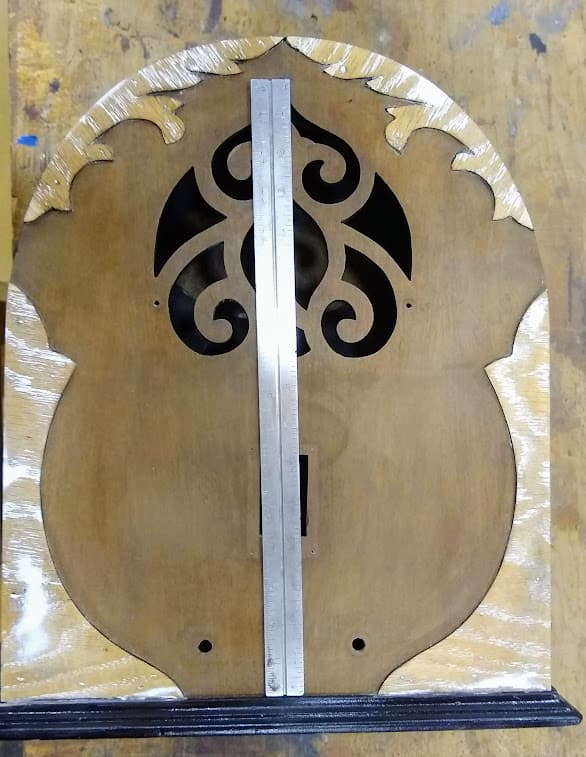 This didn’t work well at all. Ideally I could scan the radio with a flatbed scanner and it would position the camera directly in front of the object it was taking a picture of. This would eliminate the visual error. Since the radio is about 17X14", it was bigger than a home scanner. Besides that, it would not sit flat on the scanner bed.

I came up with the idea to do a rubbing of the parts that needed the veneer. In this case, all the light colored pieces in the pictures are where the veneer needed to be placed. They sat proud of the surface of the radio which allowed me to put a piece of paper on top and then rub with the edge of pencil lead to create a sharp line where the edges of the “to be veneered” portions were. 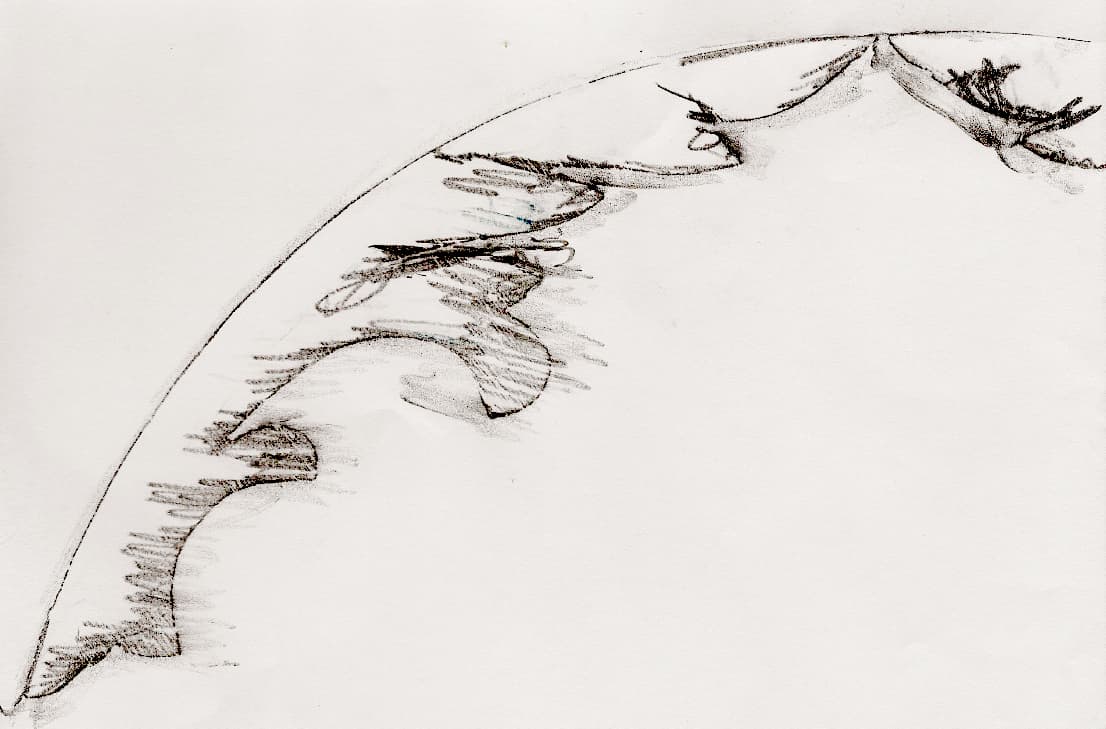 After scanning the rubbing I imported it into Inkscape and traced the image. It came out nearly perfect the first time. Though I still tested with paper before committing to cutting the veneer.

I often forget to take pictures of the projects I’m working on, so I had to ask the guy to snap a picture of the veneer after he got it on the radio. The only picture I have so far is when he was taking the clamps off after getting them in place. 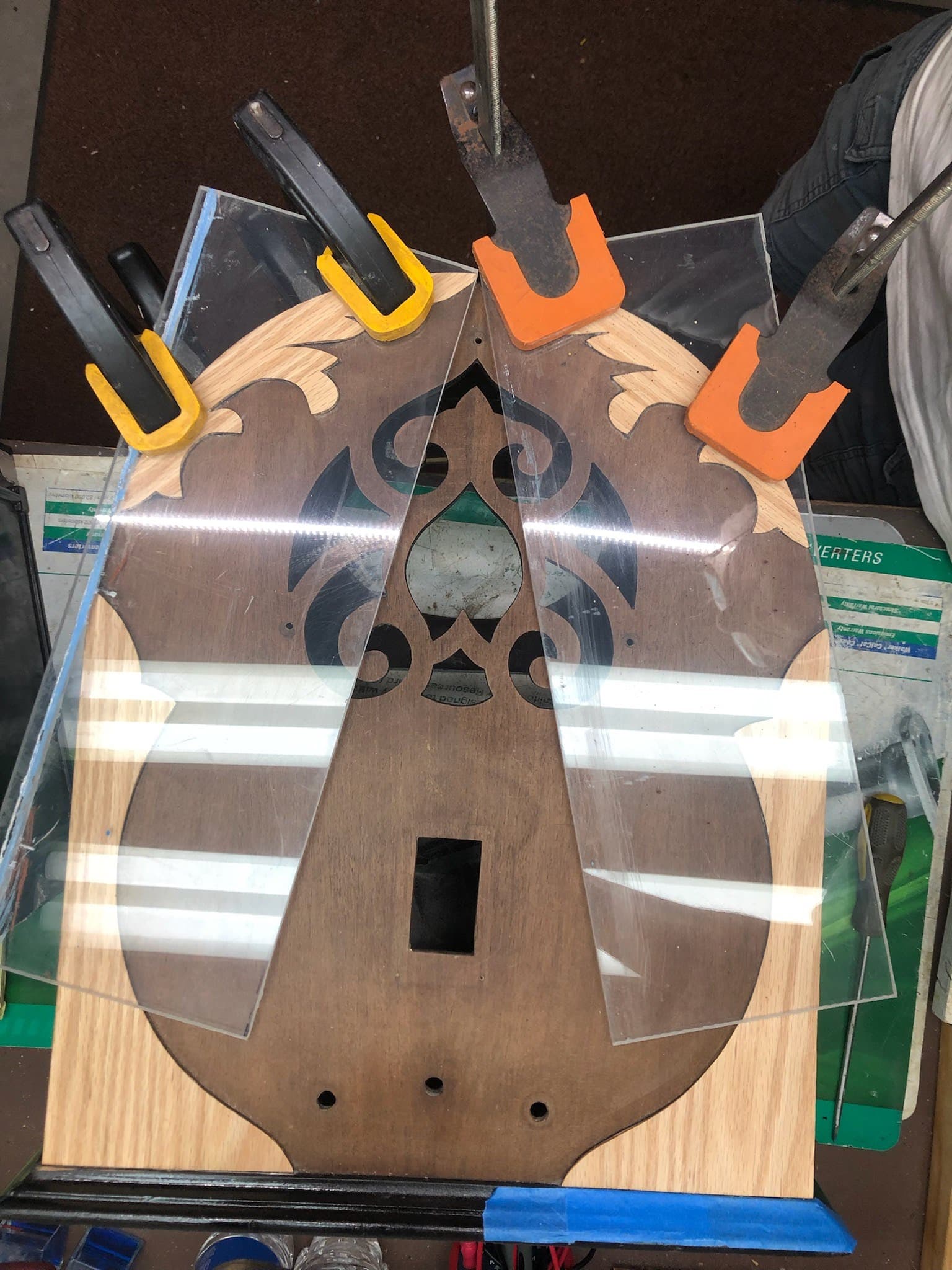 The light colored wood is the veneer that I cut.

It was fun to do a project where I had to get someone else’s approval. I tend to find other people are much more forgiving than I am about my projects.

And, for my efforts, the radio owner gave us a nice donation to help keep the maker space up and running.

Some more images of the veneer process and final product. 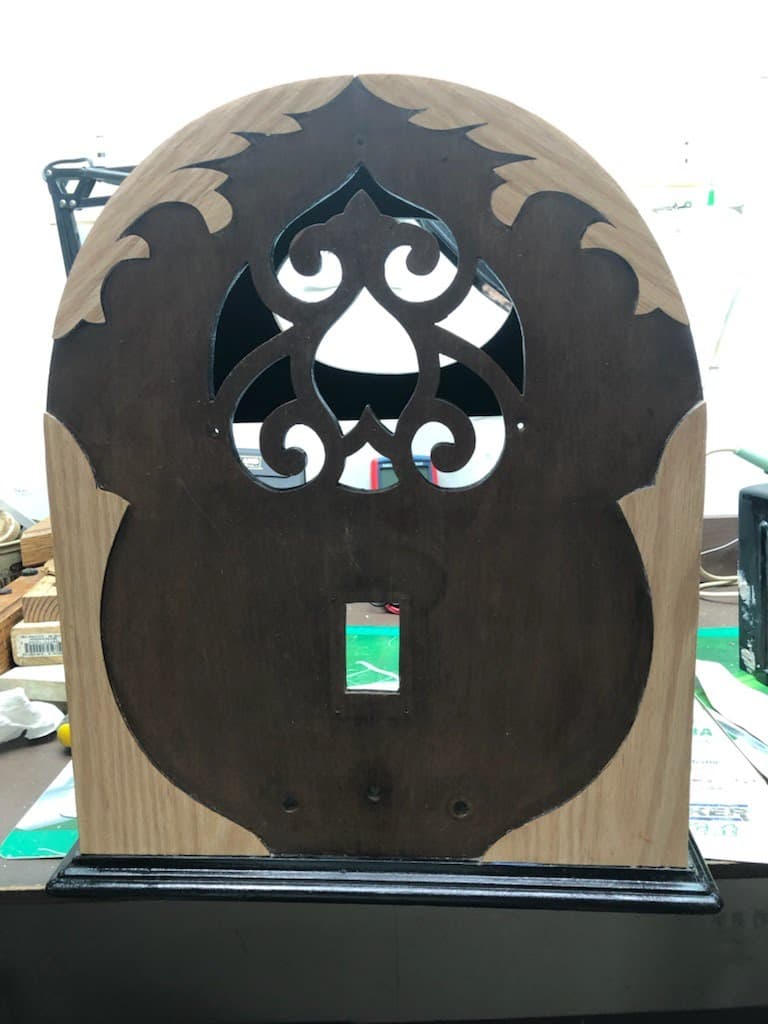 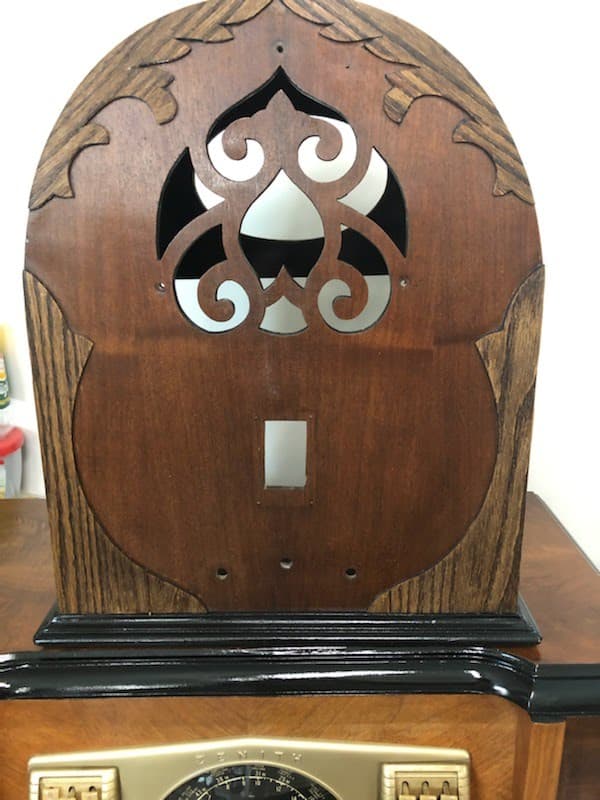 And, the final product: 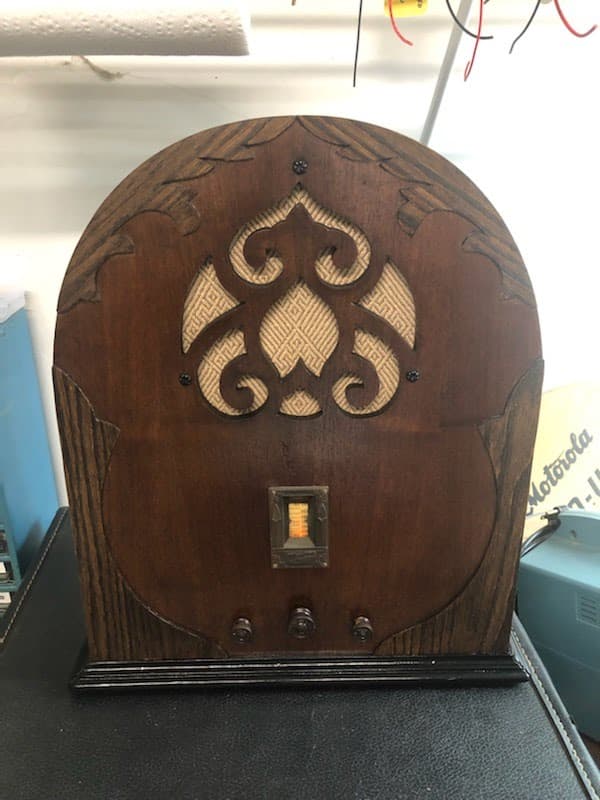